Since it's inception in 2001, director Dana Ruggiero is thrilled to be starting her 22nd season at Rooftop Rhythms Dance Studio located in the heart of downtown New Rochelle, New York!
​Dana Ruggiero, Director 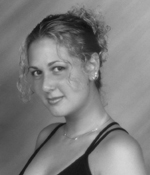 ​Dana has been dancing since the age of two and began teaching at 14! She graduated with an Associates Degree in Dance. Being trained in all forms of dance, Dana has been teaching dance at various studios in Westchester County and New York City. She is extremely active in the New York School system, having taught dance at schools such as Hutchinson School in Pelham NY, The South Side Boys & Girls Club, Horace Mann School in Riverdale,  Riverdale Community Center at M.S. 141 and  Daniel Webster.  Since she became an award-winning performer/choreographer in the Dance Competition Circuit, her Hip-Hop classes are in high demand.  Dana has been leading the Rooftop Rhythms Performance Company for the past 9 years.  Since then, the company has performed at The County Center pre-game and half time for the Harlem Globetrotters, Half time at Iona College Basketball games, nursing homes,  schools, benefit fundraisers, parades, street fairs and festivals.  They have received countless special judges awards at competitions as well high achievement awards.  Dana's dancers are all treated as family.  There's nothing she loves more than sharing her love of dance with the next generation of dancers. 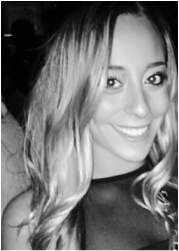 ​​Christie began dancing at the age of 3 and dance has remained her passion ever since. She is an alumni of Rooftop Rhythms Dance Studio and a graduate of Hofstra University. While at Hofstra she earned her Bachelor of Science degree in Dance Education grades K-12 and is a certified teacher of New York State. Throughout her dance experience at Hofstra University she was able to perform and work with many professional choreographers in many genres of dance including Tap, Jazz, Modern, Ballet and Hip-Hop. Christie is active as a Dance Educator in the NYC Public School System for two middle schools, Archimedes Academy and Antonia Pantoja Preparatory Academy, both located in Bronx, NY. Christie is currently going for her Master of Science degree in Special Education at The College of New Rochelle. She is so excited to be “back home” as part of the Rooftop Rhythms Family.
Jordan Farr (Instructor) 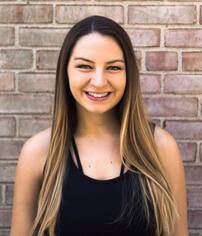 ​​Jordan has been dancing for nineteen years, taking various styles of dance. While in high school, she performed in New Rochelle High School's Performing and Visual Arts Education program and was the captain of the New Rochelle High School Dance Team.
Jordan graduated from Hofstra University, receiving a BA in Dance and Criminology. During college, she had been a dancer and choreographer assistant in faculty dance performances working with Fritzlyn Hector, Rachel List, Caroline Copeland, and Catherine Murphy. While at Hofstra, Jordan had the opportunity to be a lighting director and design the lighting for one of the dance shows. She had also attended the National Dance Education Organization conference in San Diego, California and learned more techniques to further her teaching skills.  She is so excited to be joining the Rooftop Rhythms community this year!
Brianna Paci ( Instructor) 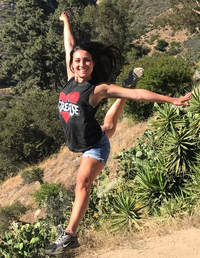 ​
Brianna started dancing at the age of 3 and has not stopped since!!  She is a 2014 Hofstra University       where she earned her degree in Early Childhood and Elementary Education.  While at Hofstra, Brianna   continued performing in the university's dance company "Danceworks".  She went on to receive a     Masters Degree in Early Childhood Special Education at Hunter College.  Brianna has performed at   venues such as Madison Square Garden, Radio City Music Hall, Lincoln Center and was a featured dancer   performing "Single Ladies" on the Rachael Ray television show.  Brianna continues to dance in a New   York based company, Danceworks NYC.     As an inaugural dancer of Rooftop Rhythms she is excited to   be back as a teacher!!!
Christine Schmitd (Acro/Ballet) 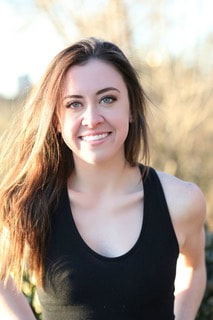 ​Christine’s pursuit of dance began from an early age in Tampa, Florida. She started dancing at the age of three and grew up training in every style. She spent her high school years attending Next Generation Ballet’s prestigious trainee program under the direction of Peter Stark and Ivonne Lemus. After graduating from high school, Christine moved on to attend the University of Florida where she earned a Bachelor of Fine Arts degree in dance. Throughout her experience here, Christine assisted professional choreographers in summer dance intensive SWAMP Dance Fest alongside Trent D. Williams, Jr, Keith Thompson, and Mark Haim. She also had the opportunity to perform in MOD Dance Ensemble, where she traveled weekly to attend workshops and perform at other colleges. During her time at the University of Florida, she spent her summers teaching dance. In 2018, Christine traveled to Minnesota to direct a summer camp focusing on both dance and fitness. After graduating, Christine moved to New York City to further pursue her dreams of working as a professional in the dance industry. She recently became an ACE certified personal trainer to connect her passion for dance with her equal passion for health and fitness. Christine is super excited to be joining the Rooftop Rhythms family this year!
Katarina Smith (Ballet/Pointe) 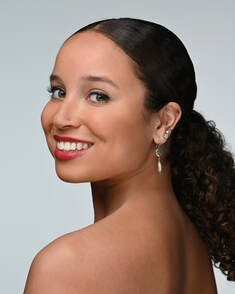 Raised in Tampa, Fl. Katarina began her dance training at the age of 10 and immediately fell in love with dance. When Katarina was 14 she began training at Next Generation Ballet and Blake High School, specializing in ballet, modern, contemporary and jazz until graduating high school in 2016. Katarina graduated from Fordham University and The Ailey School in 2020 and is currently a freelance dancer and teaching artist in NYC. Katarina has performed works by Nijowwon Matthews, Bradley Shelver, Chuck Wilts, Janice Rosario, and Carlos Desantos. Katarina has taught workshops around the world; in places such as Guatemala, Columbia, Mexico and in the United States. Katarina realized her passion for social work in the arts on her first trip with JUNTOS in which she taught dance to many latinx communities in 2018, after this Katarina went on to complete her capstone project of creating a curriculum to then teach to students abroad. Now, Katarina performs with project- based companies and instructs both pilates and dance classes in New York City. Katarina is excited to be a part of the Rooftop Dance Family! 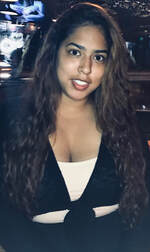 ​Mia showed an interest in dance at a young age. She began dancing at Rooftop Rhythms Dance Studio at 4 years old. Rooftop Rhythms was Mia’s second home where she was able to share her passion for dance and develop as a dancer up until college! During Mia’s high school years, she was also a part of the New Rochelle High School’s PAVE program. She participated in PAVE Dance for all four years of high school. This was very special for her. Dancing often made her realize she never wanted to stop. So she pursued a Dance Education degree at Hofstra University. Mia graduated from Hofstra University in December 2018 with a Bachelor of Science in Education degree. Now Mia is back at Rooftop Rhythms Dance Studio, where it all started! 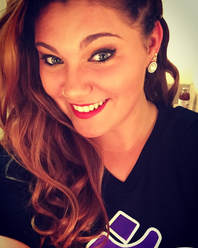 Jillian Ayson, daughter of Co-Director, Susan Ayson, began dancing at the age of 3 and has been dancing ever since. She is an alumni of Rooftop Rhythms Dance Studio (as well as the Rooftop Rhythms Performance Company), and a graduate of Hofstra University. Jillian is a New York State Certified and Licensed Athletic Trainer and Emergency Medical Technician.  While at Hofstra she earned her Bachelor of Science degree in Athletic Training and Exercise Science with a Minor in Dance. Throughout her dance experience at Hofstra, Jillian had the opportunity to study with professional choreographers in all genres of dance.   She danced and choreographed for multiple dance clubs and organizations on campus including Danceworks and Imani Dance Ensemble. When she was younger Jillian was a dancer for the Westchester Knicks as well as performing in various music video projects.  Jillian was the Head Athletic Trainer of Concordia College in Bronxville for three years and is currently an Athletic Trainer at PACE University.  She is working towards her Master of Science degree in Kinesiology. She is thrilled to be back home with her second family at Rooftop! ​
Jessica Speer, Instructor (Guest Instructor~Ballet/Tumbling)

​Originally from San Diego, Jessica has danced her way across the country before finding herself in New York City. She received her BFA in Dance from the University of Texas, Austin, and has performed professionally in Los Angeles, Seattle, Texas, and New York, and is currently working towards a graduate degree in Arts Management. A lifelong advocate of fitness and healthy living, Jessica is also the studio director for Pure Barre Columbus Circle.  She is thrilled to be coming home to Rooftop Rhythms where she started her New York teaching career 10 years ago!
​Irene Kent, Instructor (Guest Ballet Instructor) 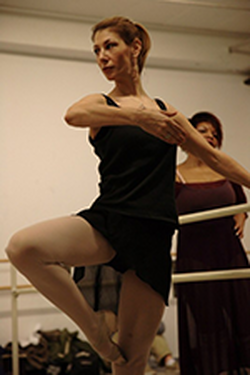 ​​
Irene Kent is a Summa Cum Laude graduate with a Master's degree in Media and Communication Psychology from Touro University as well as a Cum Laude graduate with a BA from the Conservatory of Performing Arts (COPA) in Pittsburgh. With over 30 years of experience in performing as well as teaching, Irene has had a substantial cross-platform career in the performing industry, which includes dancing with the Pittsburgh Ballet and The American Dance Ensemble as well as the Pittsburgh Symphony. She has performed on Broadway and in film, television, and national commercials as well as live industrial and modeling work. Some of her credits include the Broadway shows West Side Story, A Chorus Line, and Cole Porter's Review. Her film and TV credits include The Hard Way, Saving Face, Stepford Wives, Law and Order, and The Street, as well as national commercials such as “E-Trade,” “AOL 9.0” with Carson Daly, and “MCI” with John Stamos. Irene has performed in numerous venues throughout the United States and the far east, including China and Japan, and throughout central Europe. She currently teaches and coaches in New York City and is an adjunct professor at SUNY. Please visit either or both of her                     websites at www.starbound.com or www.starboundtalentandconsulting.com
Shane Loftus (Guest Instructor/Choreographer) 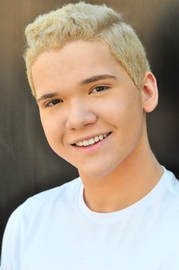 ​​Shane Loftus has been dancing since the age of three. He started at Rooftop Rhythms, then went on to the children's program at Broadway Dance Center. Shane has appeared in commercials, music videos, performances at Webster hall, and has even performed in the Macy's thanksgiving day parade. Shane graduated from the PAVE dance program at New Rochelle High School in 2014, and went on to compete with Rooftop Rhythms and on his own. Shane has multiple 1st place awards both regional and nationally. He is now continuing his training at Broadway dance center to further his career as a professional dancer.
Shane is currently "living the dream" as a professional dancer at Disney World in Florida!